And so it has come to pass, Cooper - the cat that adopted us in June - has been reunited with his owners. 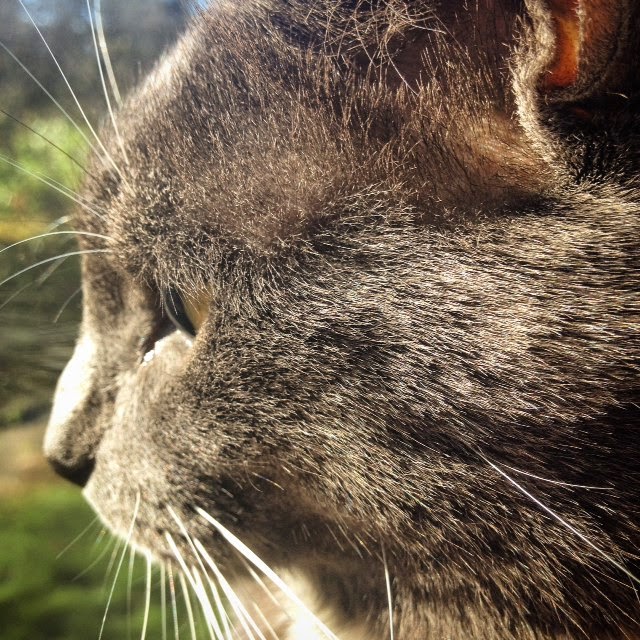 When this cat, who was the same grey as our beloved Maddy and Phoebe that passed away 1 and 2 years ago, walked into our open back door and demanded attention by following me around, meowing all the time, I knew he must belong to someone so why was he bothering me?  'Shoo' I said. 'Shoo!'  But did he?  No.

He joined Rob in his basement office.  He sat on his lap.  Lounged on an available chair.  Meowed around the unused Barbie townhouses (that need to go on Craigslist).  This cat got to know the layout of the house by roaming through all the rooms and where did I find him when the meowing stopped?  On the end of our bed, sleeping. 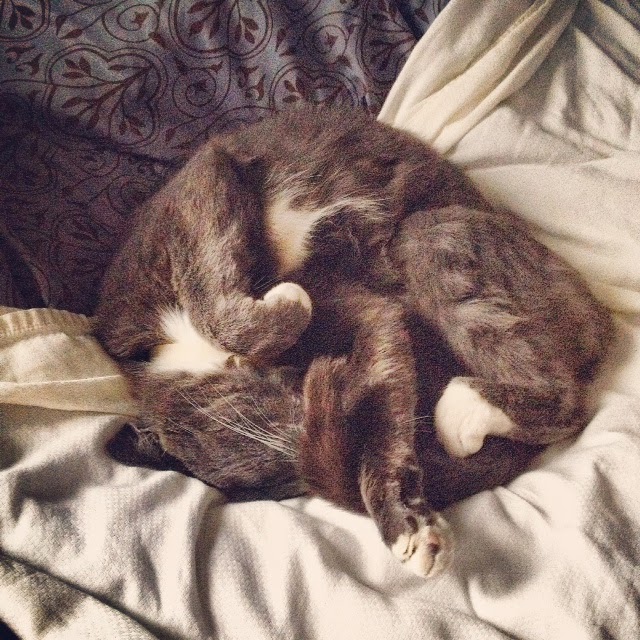 A day went by of this roaming and meowing and on the second day I couldn't take it and bought him food.  I put it outside since I wasn't planning on having him hang out in our house. I just wanted to know that he was eating to rest my conscience.  Throughout the days he would eat, come inside, find a spot that suited him and sleep.  Day sleeping turned into night sleeping and before we knew it the food was being served inside and he was sleeping at the foot of either our bed or one of the girls.  How did our dog Benny feel about this? 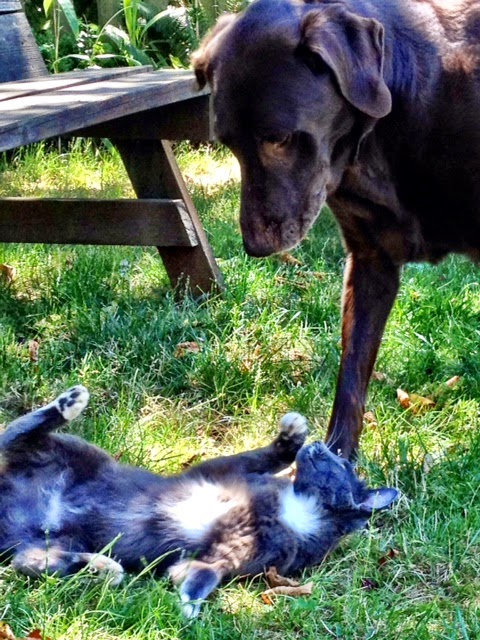 He wasn't his biggest fan but he put up with him 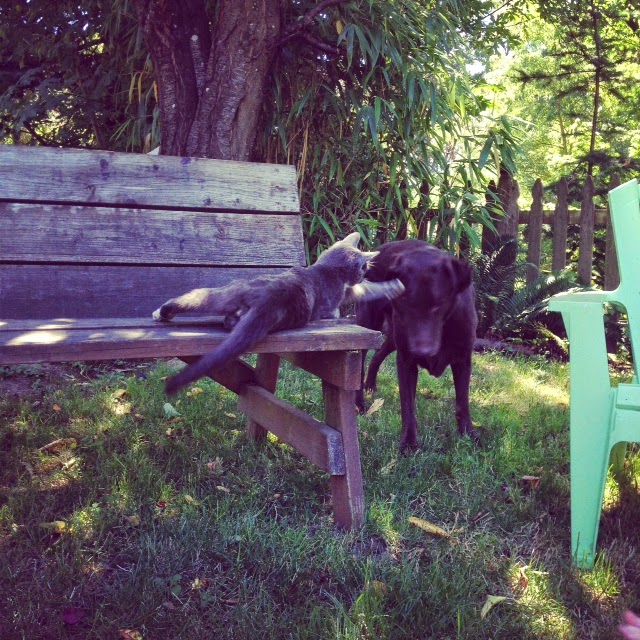 This cat became known as Cooper.  Cooper the cat that adopted us.

The weather is getting colder and wetter and we knew that he would be spending more time indoors so we made the decision to take him to the vet and get him supplied with the necessary shots, have a little snip*snip and check for a chip.  As I was telling our girls the plans of going to the vet I said over and over 'We're having him checked for a chip' but I never once thought that he might actually have one.  I really didn't.  And neither did the rest of the family. But he did.  And his owner had been missing him since June.  The time he appeared in our home and decided he liked it here.  His other people wanted him back.

I was walking Benny when the vet called to tell me that a.) He had already been neutered - it sure didn't look like it! And b.) He had a chip and the owner was looking for him.  When I returned to the vet the assistants were all smiles that the owner was found and they said he would be picking up "Bartholomew" at 3:00 that afternoon.  Um, what?  Oh.  Um...

They asked if I wanted to say 'goodbye'.  Sure, I guess so.  Wait a minute.  What's going on? I kept thinking, what about my family?  What about my girls?  Yes, I had said 'We're having him checked for a chip' many times but none of us seriously considered the possibility that he would have one.  I got a little teary (which was totally annoying) and they seemed surprised at my emotion.  Give me a break!  This cat has been basically living with us for 7 months.  Yes, I am sad.  A daily routine was established and now *poof* it's over.  I'm happy to reunite a pet owner with a furry creature it's been missing but, but... what about the family he's leaving behind?

When he first came into our lives I assumed he lived very close and when he left (which he was free to do any time) that he was visiting his first home.  When the summer ended he began to spend much more time in our house, with us.  I interpreted that to mean he didn't really have another home.  If only I had taken him to the vet early on.  None of this "attachment" stuff that messes up your heart.  Ah well.

Good bye Cooper.  Hope you're having fun with your other family.

(And then this happened... read here.) 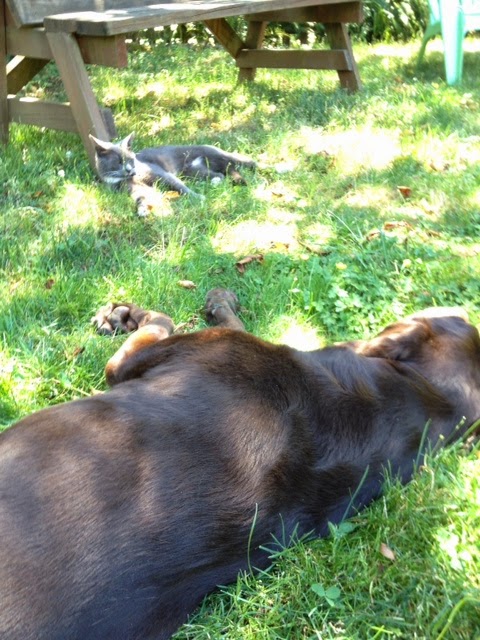