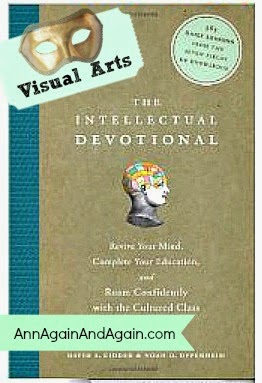 The Venus de Milo was discovered by a peasant on the Aegean island of Melos in 1820.  This sculpture is in the likeness of Aphrodite, the Greek goddess of love and beauty, and to the Romans she is known as Venus.  Thus the title Venus de Milo.  She is made of out of Parian marble and stands six and a half feet tall.  (This was a woman not to mess with!)


While the artist is not truly known it has been discovered that this statue was created during the Hellenistic period, 323 B.C. to 31 B.C.  The term "Hellenistic" comes from the word Hellazein, which means "to speak Greek or identify with the Greeks".

The Venus de Milo stands in the Louvre Museum in Paris, a donation which was given by Louis XVIII.  Have you seen it in person?  I haven't, yet.  It's on my list!

Here's a funny story;  there is a tale of a man who ordered a plaster copy of the statue and then sued the railroad company when it arrived from Paris without arms.  But that's not the oddest part - he won his case.  Wha'?!?