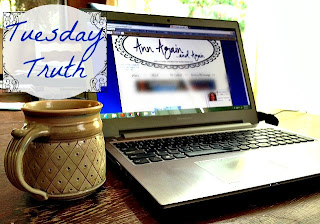 You know how time can pass - days, months, years - and yet it can seem like nothing has changed at all?   Logically when a situation is removed by time you have physically moved on.  However, the mind, the heart holds onto... well, it holds on.  Memories can be vicious traps that won't allow you to move forward.

3 years ago this month my dad's wife passed away on the operating table.  She was having a procedure on her heart and something happened and... she went away.  He waited for the doctor to come out to say the operation was a success, instead he heard the words no waiting spouse wants to hear, she died.  It's been 3 years and when I look in his eyes you can see those words running through his mind over and over.

His health took a horrible turn months later and he had to have a similar operation to the one that took his wife's life.  Can you imagine?!  What must have gone through his mind, trying to figure out what in the hell is going on in his world?  You think you have control?  Ha!  Let's flip that switch and see how you deal.

After living alone 3 hours away from us, the move to be closer to his family - the family he left behind - happened last weekend.  Since his wife's passing it's been an interesting reunion. (I'm stalled after writing that sentence because there is so much to say and yet, "interesting reunion" is basically all it is.)  Life goes on, relationships continue - or they don't.

He has moved into a lovely apartment in an absolutely gorgeous part of Oregon.  Close to his brother and closer to us.  He has said he wants to live closer to us, so now we'll see if it was the right move.  We choose to continue the relationship.  This should be interesting.