Tuesday Truth - Name Me One Thing Twitter Is Good For 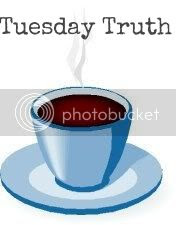 The other night I somehow became involved in a discussion about the value of Twitter.  I was put on the spot to defend this avenue of social media and I wasn't prepared.  I did have an answer to the strangers question of "Name me one thing Twitter is good for".  However, this persons indignation about the usefulness of Twitter shocked me.  'What an idiot!' I thought, and kept, to myself.

It started when a group of women at the next table over were breaking up their party and heading separate ways. Each one brought out their various phones and were coordinating the next stop.  One party goer stopped by our table and a chat about Groupon and restaurants came up.  This party goer's friend comes to retrieve her from our discussion and that's when the Twitter comment happened.  Kinda out of the blue.  Odd.  And what was even more "odd" was this was Saturday night, the night of the George Zimmerman verdict and my Twitter feed was buzzing.

I didn't want to get into a heavy discussion on this night, especially after seeing the verdict pop up on my iPhone I really didn't want a discussion about the worthiness of Twitter.  I told this stranger that Twitter is a great way to connect with locals and find out about restaurants, events, etc.  She looked confused and I left it at that.

Here's the thing - social media, or any media, is only useful if you know what you want from it.  If you think Twitter is a bunch of people sharing that they just had a great sandwich and boy are they full, then that's what you'll get.  But if you want to get the attention of your cable company regarding a problem, get your issue addressed quicker than going to the main office - boom - go on Twitter and make sure to use that ol' hashtag, which is the way to get the company's attention.   Hashtag away, or better yet use their direct @ address, to communicate with any company about your issues.  Have a small business you would like to promote?  Twitter's a great resource.  Want the quickest news feed?  I have heard of world events, etc. from my Twitter pals before the information shows on a media home page under "Breaking News".

If only this stranger and I had meet this evening, than I could have shown this incredible effort by Twitter user @MoreAndAgain, who was so upset about a book deal being made for George Zimmerman Juror Member B37, that they took to Twitter to begin a campaign to get the book deal nixed - and they did.

It's one thing to not understand how a certain part of social media works.  It's another to discount it and try to make someone feel like a fool for using it.

~ My Kids Don't Have Chores

My Biggest Regret In High School - Care To Share Yours?

Ah yes... I remember it well... unfortunately...   (~~~~trip back to 1980~~~~) High School. To paraphrase Dickens, "It was the best of times, it was the most-hair-style-challenged of times".  I remember a picture taken of me leaving for my first day of High School. I'm wearing a brave smile, but the hair,  the hair , my  hairstyle was a nightmare.  My two best friends and I were going to be attending a High School out of our district, that was stressful enough. To add to this new-ness we wanted new looks as well since this school was known for the preppiness that was sweeping the John Hughes lovin' nation.  "K." was going to sport the Argyle and Alligator shirt look. "W." was going for 'All Monogrammed, All The Time" and I was going to ditch the bell-bottoms, wear Levi's and have the hairstyle of my dreams.   I have straight, thick hair and had always wanted curly hair. When I would see girls with curly hair they always seemed so a
Read more here»