I didn't think I was going to watch, but I did.  And I liked it! 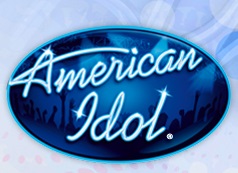 The 12th season of American Idol began last night and my girls and I actually enjoyed it.  I wasn't going to watch the auditions because 1.) I was beginning to feel very uncomfortable about the lengths they were going to ridicule people by exposing their truly horrible singing, although the singers think they sound great.   2.) I'm over the emotional back-story.  If someone has a good singing voice give them a golden ticket.  If they have a so-so voice and an emotional back story, that shouldn't equal a golden ticket.  That should garner them an Oprah interview or a Lifetime movie.  And 3.) I miss Simon and Paula.  Yep, I do.  But it's a new season, with new judges, so I thought I'd give it a go.

One thing I was impressed with is that Randy Jackson has finally stepped up with his opinion and gives a straight forward "no".  It's one thing to not want to hurt someones feelings but let's move this thing along!  I never understood, after being reminded of his professional background through out every season, when it came to his vote he would gravitate toward "Um, gee, I don't know Dawg.  I don't know."  Professional, right?  Shouldn't you know if a voice is good, or not?  Well, after the New York City auditions he seems to have caught on.

Regarding what was bugging me about the show, they didn't showcase the bad singers as much.  What a relief.  They didn't get rid of this embarrassment all together, but it wasn't a huge focus.  Also, regarding the back stories, they turned things around.  For any story we were given on a contestant, it turns out that their voice just didn't cut it and they were thanked and guided toward the door. That was a surprise!

Mariah had an attitude to be expected, "I know you love me."  But when you hear almost every contestant say that they starting singing because of loving her voice so much, you understand and it's easily forgivable.  (If not laughable.  There's a drinking game in her egotist remarks.  I'll work on that ;-> )  It seems that Nicki Minaj is not understanding Mariah's influence however, and her ticked off attitude is surprising.  Nicki is so-o-o-o nice to the contestants and gives encouraging, straight forward, advice that her digs at Mariah just confuse me, and actually made my girls not real happy with her.  Keith Urban is nice and good looking.  That's about all they showed us of him.  (I'm not saying that's bad.)

So here I am, back into American Idol.  Will you be watching too?